Around the World in 4 Traditional Rug Designs

A rug is not just a rug. A rug is a way to invite culture and colour into your home, much in the same way that introducing a classic piece of art or sculpture can. And, like art and sculpture, traditional rug designs have origins that reach back hundreds and thousands of years in history, not to mention thousands of miles across the world.

We are truly spoiled with the sheer choice of rug patterns and designs available to us, and each design has a story and centuries of tradition behind it. We’re going to take a quick trip around the world in 5 stunning, traditional rug designs, from the highlands of Scotland to the ancient bygone dynasties of Persia, to explore these stories a little further. 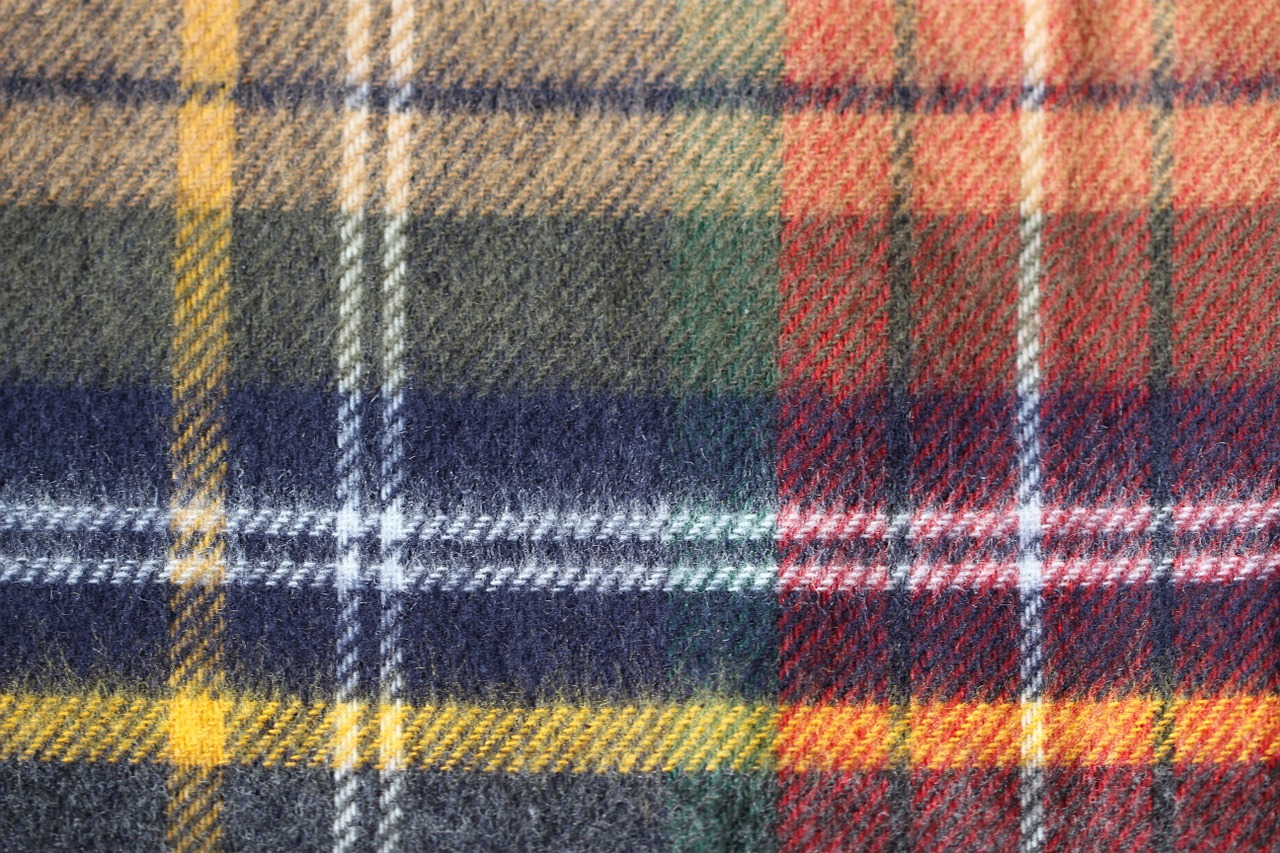 The distinctive patterned cloth known as tartan is, of course, known best as part of the national dress of Scotland, proudly worn by the clansmen and warriors of the highlands for centuries. Traditionally woven from wool yarn and dyed with natural vegetable juices to achieve those deep, earthy colours, tartan was designed in endlessly varying colour combinations and styles, with clan chiefs and prominent Scottish families seeking their own distinctive tartans. Today, tartan is used for a wide range of decorative purposes, most notably for home textiles such as curtains, cushions and rugs, loved for its rich, warm colours and homely feel. 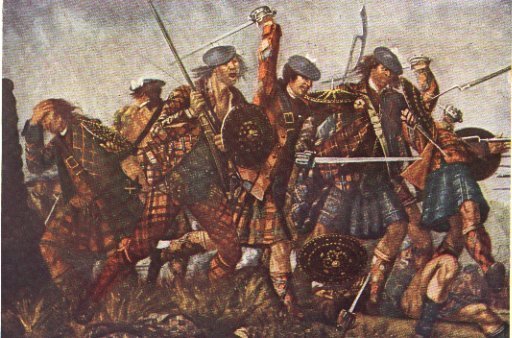 Tartan rugs bring the rugged wilderness and ancient traditions of Scotland straight into our homes, and they can be found in such a wide range of colours that it’s easy to match to almost any colour scheme. Red tartans are especially popular over the Christmas season, but this versatile fabric can create a true country house aesthetic in your home all year round. 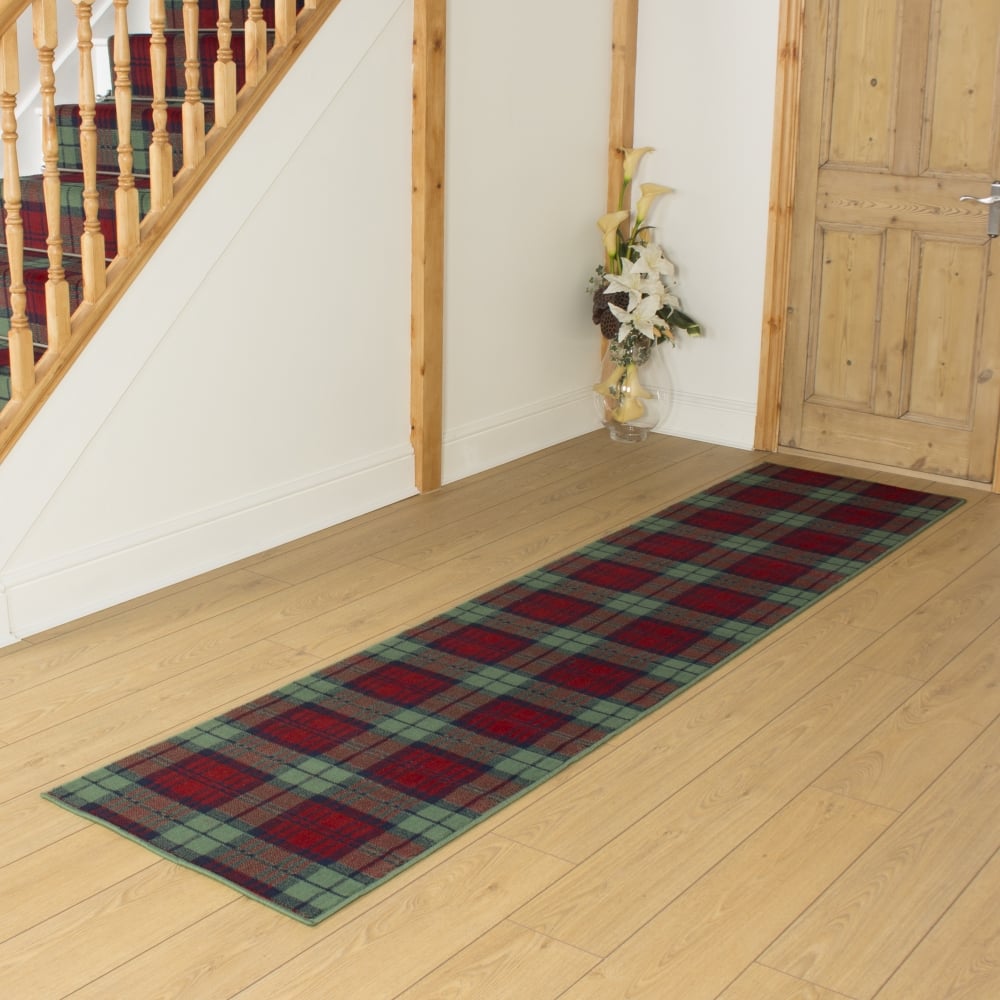 Long before the Spanish arrived to conquer Mexico, the Aztec empire dominated the country. Famous for their jaw-dropping architectural skill, the Aztecs were also experts at textile weaving, often using portable ‘backstrap’ looms to weave fabrics using natural fibres from plants like the yucca and palm. Textiles and fabrics were an extremely important part of the Aztec culture, and was valued so much that it was even used as a form of currency. 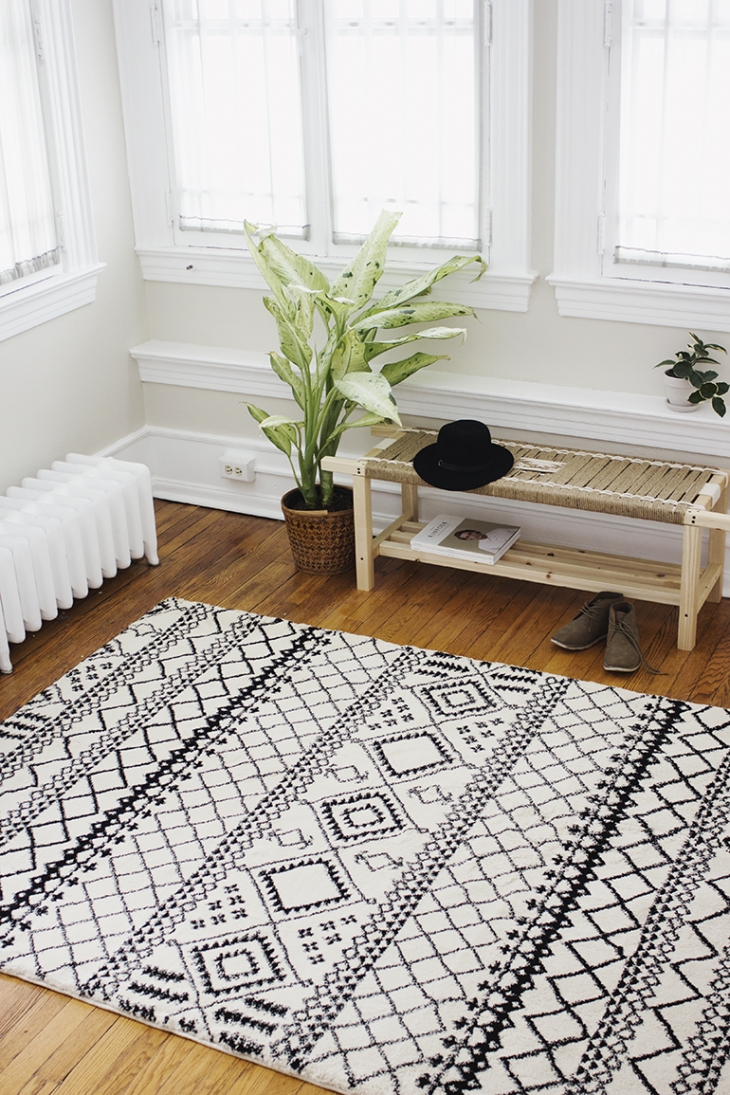 Aztec fabrics were originally woven using undyed materials, but later a myriad of brightly coloured dyes and striking, geometric embroidered patterns were added to increase the value of the textiles for trade. It is these patterns and colours that make aztec rug designs so attractive to interior designers and homeowners today, as they are a great way to introduce pattern, colour and culture to a room without committing to drastic, permanent wall or floor decor.

The Greek Key or ‘meander’ design is a common feature of ancient Greek and Roman art and architecture, usually forming decorative borders in artworks, building facades, pottery and even street paving. The meander symbols are thought to have symbolised infinity and unity, and were among the most important symbols in ancient Greece, accounting for the fact that they were so prevalent at the time. 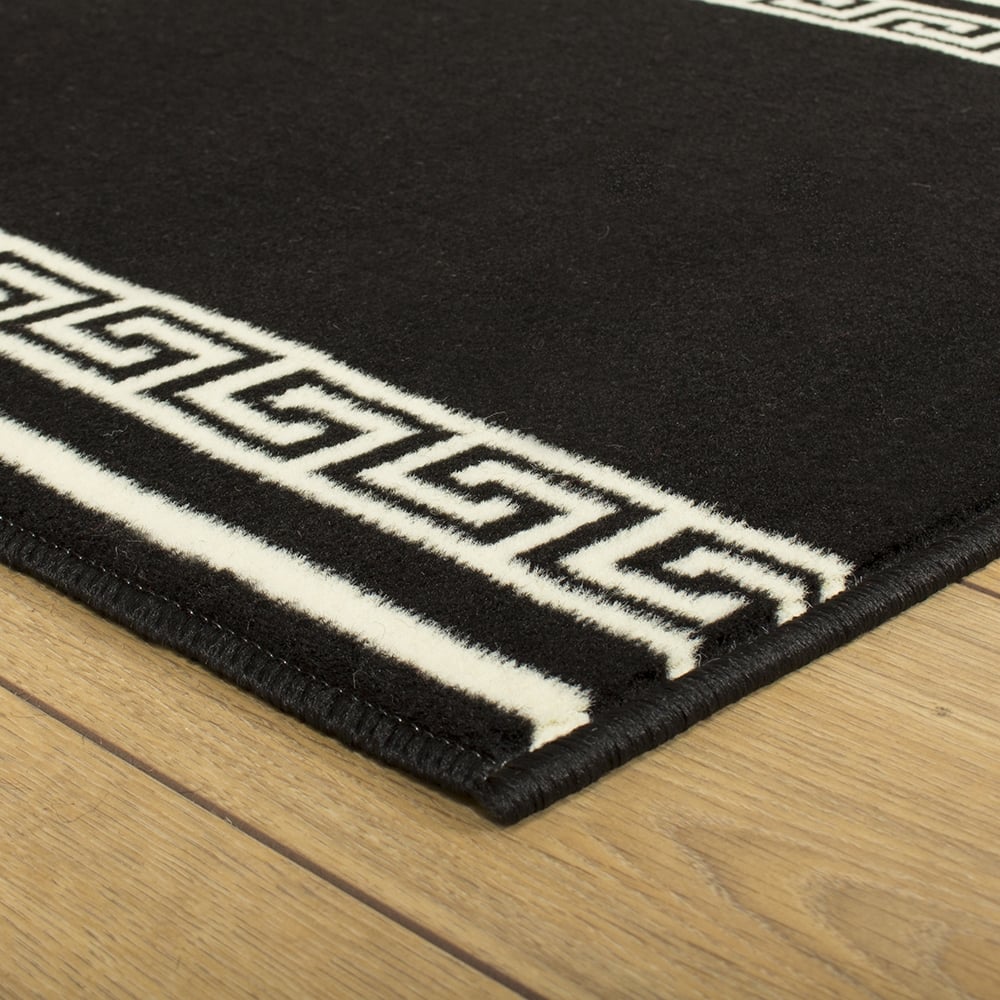 Today, the Greek Key design is sometimes used as a way of classicising modern architecture, but is more commonly found in carpet runner and rug designs. The border-like style lends itself perfectly to use in carpet runners and rugs as it helps break up empty floor spaces and pulls all other elements of a room together. And, despite its ancient origins, this timeless design brings a surprisingly contemporary look to any room while adding subtle nod to Greek history in your home. 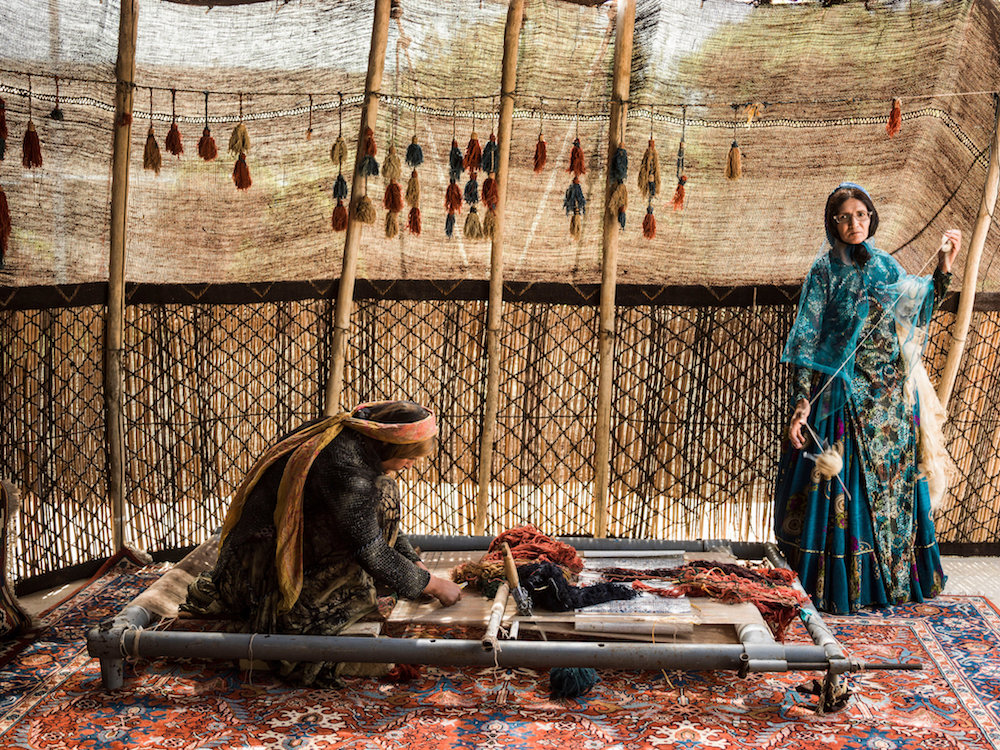 The Persian rug is among the most popular traditional rug designs in the world, with its rich colours, intricate designs and exotic history. Persia, though now known as Iran, has been famous for its elegant carpets since the Persian people began weaving them over 2,500 years ago.

Initially woven out of necessity for covering floors and protecting from cold and damp, the Persian carpet grew in complexity and design variety to eventually become one of the region’s biggest exports. Due to their opulent, ornamental designs, Persian rugs became the most treasured possessions in palaces and prominent households across the world, and are still crafted in the traditional ways in towns and cities across Iran.

Today, Persian rug designs are coveted for the highly popular antique aesthetic they bring to any room. The traditional designs are also popular for use in wall hangings and tapestries for an almost bohemian, vintage interior effect. 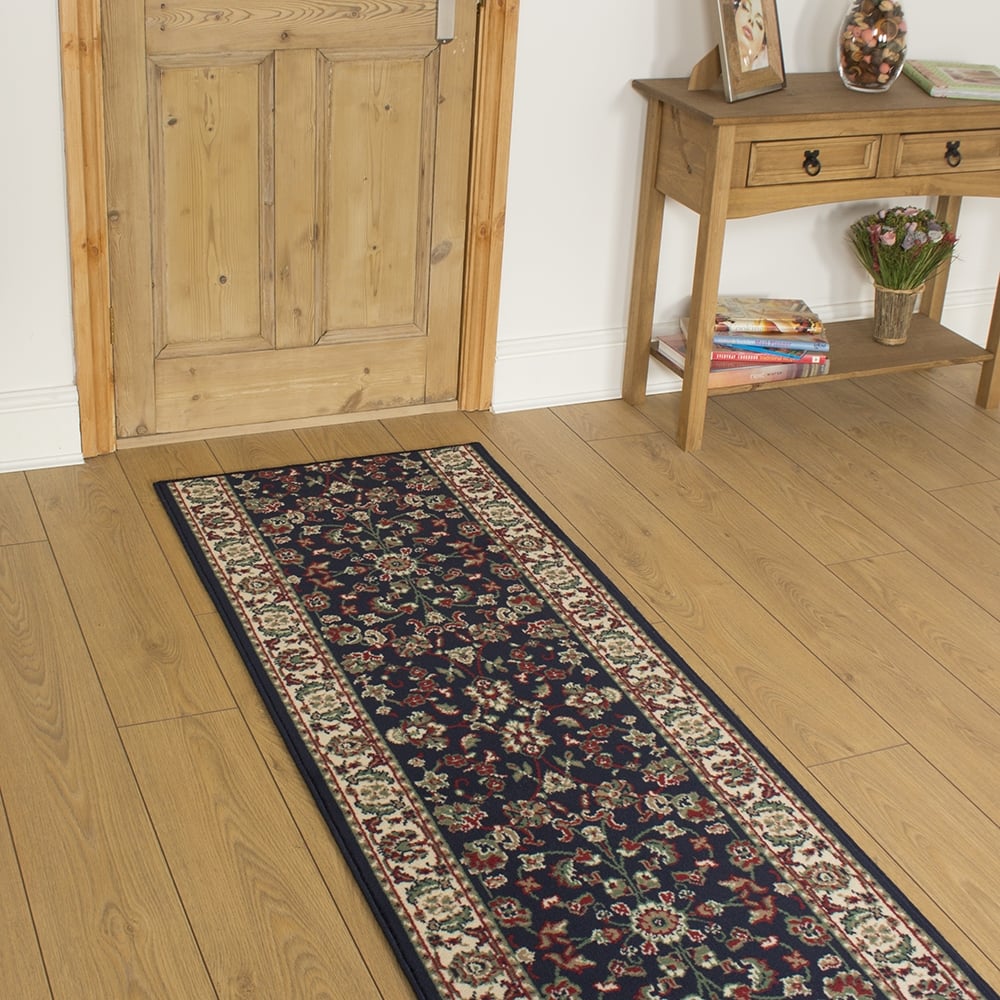